Crime thrillers not for the faint hearted

The Voice of Reason Saga 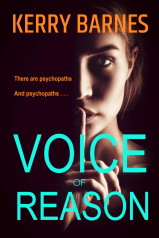 A HEART-STOPPING THRILLER WITH SO MANY TWISTS AND TURNS IT WILL LEAVE YOU BREATHLESS. When Dionne married a nightclub owner, Luke Mason, a whisper in her ear told her she would have it all – the money, the house, and the luxury lifestyle. But she never expected her life to turn upside down the day they became parents to twins. After a Mason family member is murdered, a psychiatrist is asked to assist with the investigation. Dr Renee, a research psychiatrist, has spent her life’s work studying the existence of the ‘Gemini Gene’ – a gene believed to exist in a few high-functioning psychopaths. Little does she know that she is not alone in her quest. In the shadows lurks someone who also has a special interest in the gene. However, the trial that they are conducting is so much more sinister. Will Dr Renee discover if the Gemini Gene really does exist or will it be the voice of reason who has the answers? 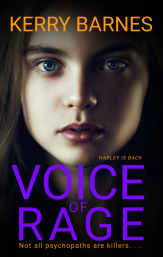 A TWIST THAT WILL BLOW YOUR MIND . . . First there was the Voice of Reason, but now there is the Voice of Rage Harley Mason, you may love her, or hate her, but never underestimate her. As the Masons settle down to a more normal life following the death of three family members, a shocking discovery of a schoolgirl found dead in nearby woods starts the finger-pointing once again. Lewis Sanders, the detective on the case, struggles to believe that a teenage girl is capable of such a horrific crime. Yet the discovery of a second body could put Harley Mason in the frame. Is the evidence staring at him in the face or is there more to it? Proving a link between the Gemini Gene and higher functioning psychopaths had been Dr Katherine Renee’s sole purpose until she had to discontinue the study. Now, she questions her own sanity.   So, desperate to convince the police that Harley is the killer, is Dr Renee harbouring a dark sec Katherine remembered nothing of her childhood, until she was sent to the orphanage and eventually saved by a                           nun. But now the lost research file has been found, and the truth is out.